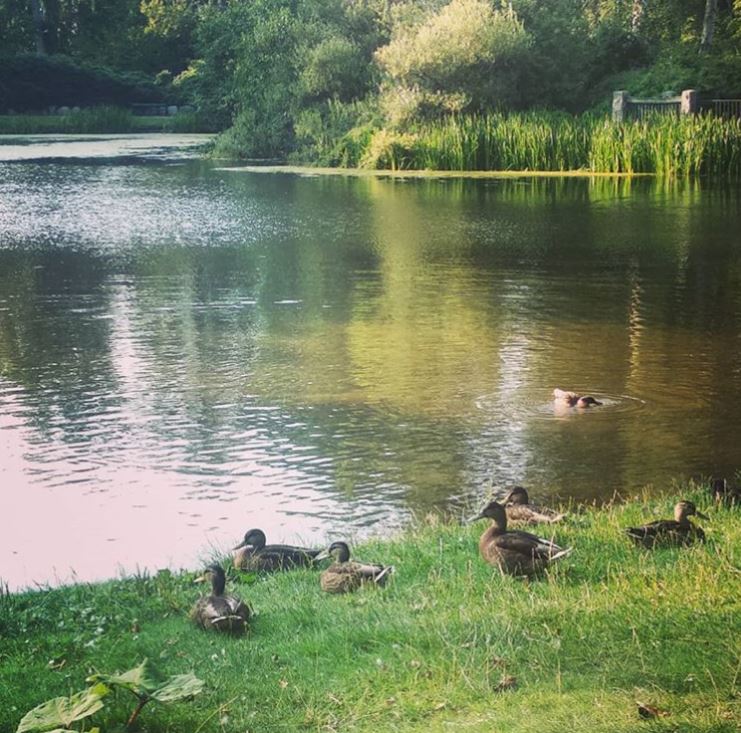 Biodiversity: An important path for a sustainable future


Biodiversity - an expression that is one of nature's greatest buzzwords, and which has become a staple on the political agenda over the past years. What does the concept actually cover, and why is it important for us to know?

The green transition is more relevant than ever, and topics such as climate change, ecosystem, nature and the environment are more and more present in our daily lives and mainstream media.

Biodiversity is one of those topics. For some, it may ring a bell if you have seen the nature program Wild and Wonderful Denmark on DR, while others may have encountered it when the government has mentioned the so-called "Nature and biodiversity package".

Ecosystems as key mechanisms to protect the nature

The term 'ecosystem' can be used in numerous contexts. According to the UN, biodiversity is defined as “… the variability among living organisms from all sources, inter alia, terrestrial,marine and other aquatic ecosystems and ecological complexes of which they are part, this includes diversity within species, between species and of ecosystems”  (click on the link for the UN source, p.4/35). In other words, biodiversity encompasses all  life that exists on the planet: animals, plants, fungi, bacteria and microorganisms living both on land and in water.

Take, for instance, a natural lake in your area. If you take a closer look at it the next time you walk by, you will discover that there may be algae, fish and aquatic plants in it. Here, a lot of different species live side by side, and together take mutual advantage of the conditions that prevail in the interconnected ecosystem.
In these ecosystems,  nature has spent thousands of years adjusting the conditions for the benefit of all life on earth. Together with species and variations of the genes that the species are endowed with, ecosystems constitute what we know today as biodiversity.

All hope is not lost

Fortunately, as long as we take good care of the environment, you can help in restoring ecosystems that have been destroyed.
As an example, a report from the "Project Eagle" in the Danish Ornithological Society shows that the sea eagles in 2019 had approximately 85 breeding pairs - but 24 years ago there were none in the country! It is therefore possible to reverse the trend, but it requires that we preserve our nature and take good care of it.

Biodiversity is threatened all over the world
All around the world, many species, almost a million of these are threatened.
From 2014 to 2019, 25 Danish species experts have reviewed no less than 12,000 species' risk of extinction from Danish nature. It has become the so-called Red List, which creates an overview of how endangered the many Danish species are today.

If you compare the latest list from 2019 with the same list from 2010, figures show that the species in Denmark have generally become more endangered during the period. Some of the most common endangered species are eel, white stork, hooded gull and hazel, but also plant species and land have been degraded.

The extinction of many of these species present serious consequences for both environmental and human well-being. For example, fewer species mean that we cannot clean our air,  sea, fresh water or soil sufficiently (for example, chemically polluted by harmful pesticides), and this may also have a negative effect on the much-needed pollination of plants and agricultural crops that normally provide food on the table.

Unfortunately, factors such as population growth, climate change, land use and invasive species threaten biodiversity both domestically and globally, because factors such as these leave very little room for the aboriginal environment and species.

That population growth is a threat to biodiversity, as such, is nothing new - if we humans live or stay in areas with nature that have the best advantage of remaining untouched, animals will disappear to other areas, and plants will die. At the same time, the population in Denmark has doubled within the last 100 years, and this helps to make the threat to biodiversity even more serious.

Man-made climate change is helping to degrade nature's living conditions
With more people on earth, man-made climate change and temperature rises also follow. Together, they have a decisive influence on the distribution of different species, and if there are changes in, for example, global temperature, it can have major consequences for biodiversity, as many species will eventually become extinct.

Invasive species represent another threat for biodiversity. These are animals or plants that have exceedingly spread to areas where they have never (or rarely) occurred before, and which at the same time have a negative effect on the species that belong to the areas where they have been moved to. This applies, for example, to bear claws, mink or raccoon dogs.  Complementarily, they are often impossible to eradicate once they have established themselves in a new place.
The invasive species can also threaten  biodiversity, since they occupy the place of original species in the wild, and in the worst case, they could eradicate them completely.

According to the Ministry of the Environment and Food, when combined, these threats could eventually lead to the loss of species up to 100-1000 times faster, if we do not take the right measures to protect our environment and biodiversity.

How can you help to save biodiversity
Biodiversity is under more pressure than ever, both globally and in Denmark, and the unprecedented decline of the number of animal and plant species, has never been faster than  now.

There are many ways to help renew the nature, and help plants and animals, even if you do not own a garden or do not live near a forest. For example, f you live in an apartment, you can help biodiversity by planting a few plants (bee-friendly flowers, such as lavender or mint) in a flower pot on the balcony or create a small garden on the rooftop or on the windowsill. 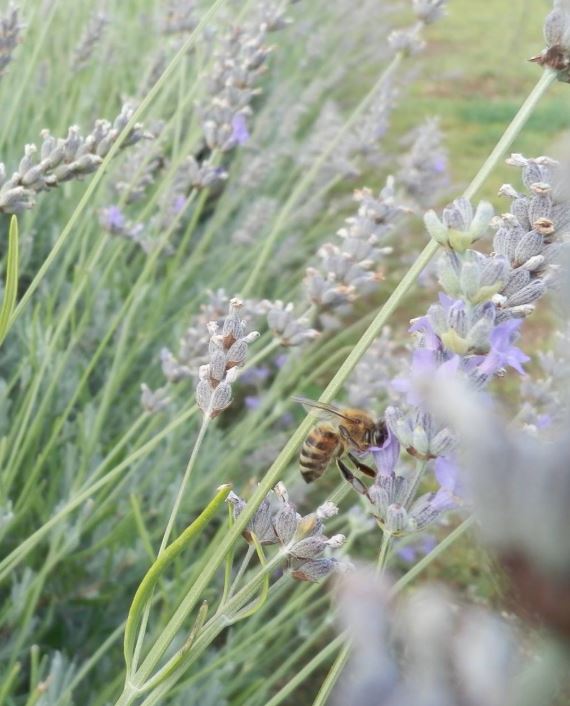 Plants and animals are mutually interdependent on each other. If we create more habitats for one species, it will often be beneficial for several other species. For example, if you have dead branches lying in your garden, it may be a good idea to leave them lying. For many insects, they are food, and if they get the right nutrition, they ensure pollination of plants such as fruit trees and fruit bushes - something that also benefits yourself.

If you want to be sure that the insects come back, you can also build your own insect hotel. It provides breeding and wintering opportunities for both bees, ladybirds and butterflies, which summer after summer can help to ensure that biodiversity is maintained and that Denmark also has a rich and diverse nature in the future.

The Biodiversity Convention
We are in the midst of a global crisis of nature and biodiversity. Recently, the environmental issues have  been at the top of the global agenda, inspired by climate-change social movements and active NGOs and citizen initiatives which fight for a sustainable future.

As early as 1992, a Biodiversity Convention was signed by 196 member states to re-establish the lost biodiversity and making room for new ecosystems, so that nature can maintain both a good and necessary condition.

Since then, the Convention has adopted a number of binding strategies and action plans, and in 2010 the tenth conference of the Convention on Biological Diversity led to the global adoption of a strategic plan for the area from 2011 to 2020.

However, far from all member states have lived up to the targets for 2011-2020, despite the fact that biodiversity in general has increased the awareness of the planet's population,
resulting in more than halving of species in the last 40 years.

Therefore, the countries of the world have decided to meet in the autumn of 2020 with the UN, where together they will adopt new global goals for both nature and biodiversity. The plan is that the decisions taken at the meeting will be crucial to the new goals set to prevent a decline in biodiversity.

The UN and the EU have set ambitious goals to protect biodiversity
Both the UN and the EU are aware that the global natural and biodiversity crisis can have far-reaching consequences if we do not take action. Thus, the concept has found its way to UN SDG 15, which is based on goals for life on land and in water and to "Protect, restore and promote sustainable use of terrestrial ecosystems, sustainably manage forests, combat desertification, and halt and reverse land degradation and halt biodiversity loss". You can read much more about the SDGs and related sub-goals on the UN website by clicking on the link above.

At the EU level, strategic plans have been made and committed to ambitious goals, which are based on completely stopping the loss of biodiversity by 2030. These goals consist of a total of six main goals and 20 concrete actions, which include i.a. the following topics: sustainable agriculture and forestry, invasive species control, ecosystem protection and the use of green infrastructure.  More about the Biodiversity Strategy for 2030 launched by the EU
2030 can be found here:  https://ec.europa.eu/environment/nature/biodiversity/strategy/index_en.htm

The EU has also published an online handbook with 52 useful tips on how to help: https://ec.europa.eu/environment/nature/info/pubs/docs/brochures/biodiversity_tips/da.pdf (in Danish)
(in English and all the 24 official EU languages)  https://op.europa.eu/en/publication-detail/-/publication/6c7d9481-f359-4312-ab95-d87b68a23f02


Did you know that…


Denmark
In Denmark, we have also committed ourselves to living up to the EU's goal of stopping the loss of biodiversity before it's too late. One of the initiatives can be illustrated on a so-called "Nature and Biodiversity Package" (see here Natur- og biodiversitetspakke)  ,launched by the government. According to Environment Minister Lea Wermelin (S), the purpose of the nature and biodiversity package is to provide more space  for wild nature, so that endangered animal and plant species can have more and habitat and better living conditions.

In order to promote new, innovative ideas and encourage others to active citizenship, the Ministry of the Environment and Food made it possible for all Danes until the end of 2019 to submit ideas on what we can do together to improve biodiversity conditions in Denmark.

No less than 349 proposals were sent out by individuals, businesses and NGO organizations. The government has include them in the Nature and Biodiversity Package. You can read some of the ideas here (in Danish): https://mfvm.dk/natur/naturogbiodiversitetspakke/se-indsendte-forslag/